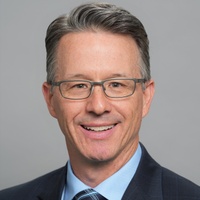 Darren Morgan was born in Ironton, Ohio in 1968. He was adopted into the loving family of Bill and Sharon Morgan of Coal Grove, Ohio. He has two younger sisters, Denise and Kari.

Darren met his wife, Jennifer, in 1998 and they married in 2001. Their son, Galvin, was born in 2005 and their daughter, Madison, was born in 2007. The Morgan Family resides in the Cleveland, OH suburb of Olmsted Township.

In 1987, Darren attended Youngstown State University (YSU) in Youngstown, Ohio where he earned a Bachelor of Science in Education in 1992. While at YSU, Darren was a placekicker on the Penguin football team, which was then coached by former Ohio State Buckeye coach, and now YSU President, Jim Tressel. In 1991, Darren's senior season, the Penguins won their first of four I-AA football championships, beating the Thundering Herd of Marshall University, 25-17.

In 1993, Darren got a job teaching science in the Chagrin Falls, Ohio school system, where he spent two years. During this time, Darren worked part-time in the financial services business, laying a foundation for a future career.

Darren earned his Series 6 securities license in 1994, and in 1998 passed his Series 26 test allowing him into management. In 2006, Darren passed the rigorous Series 65, propelling him to be a licensed Financial Planner and Investment Advisor Representative*. For the first 13 years, Darren laid the groundwork for his greatest business achievement - the opening of darrenMORGAN Asset Management in 2007.

*Each state has different laws concerning Investment Advisors and their licensing.